“Sleepless Night” Oil on Canvas Board, 75cm by 50cm without frame.

“I sat spellbound by His utterance, oblivious of time and those who awaited me…Sleep had departed from me that night. I was enthralled by the music of that voice which rose and fell as it chanted” …Mulla Husayn, 1844

The Story of the Bab is one of incredible heroism, tragedy but also sublime power. It is the story of a Manifestation of God, the Herald of the Baha’i Faith, whose Revelation caused an upsurge in 19th century Persia. To this day the sublime words of the Bab touch the hearts of millions. “Sleepless Night” is a representation of the room in which Mulla Husayn, a devoted scholar, was the recipient of the Bab’s Revelation and thus His first follower.

This image is available as a Greeting Card, ‘Sleepless Night’.

There are no reviews yet.

Be the first to review ““Sleepless Night”” Cancel reply 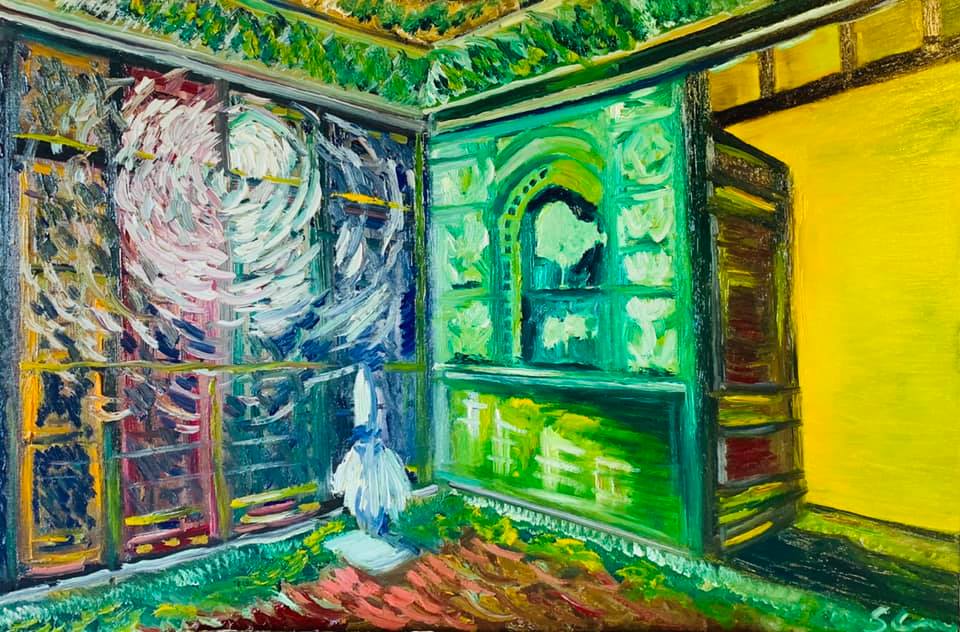